Costa Rica is the ideal tropical paradise for your vacation. Tourists can enjoy the pristine beaches and see whales and dolphins play. For Nature lovers there is a great variety of exotic wildlife and tropical plants. Butterflies and orchids, crocodiles and sharks, turtles and Toucans´ are everywhere. The rainforest covering the mountains are a paradise for eco tourism.

Life is good in Costa Rica, a friendly, democratic and peaceful country.

For action vacation you can surf, hike, do rafting, canopying, diving, deepwater fishing and snorkeling. You can go with a low budget or seek the more exclusive resorts.

For relaxation there are beautiful unique golf courses and luxury spas. The hotels have all the modern comforts in the most private and secluded environments.

Costa Rica has it all.

Located between 8° and 11° north of the equator, Costa Rica enjoys a temperate climate marked by two seasons: the rainy and the dry season. The rainy or green season generally runs from May until early December with April and November being months of transition. During the rainy season, mornings are usually sunny, with afternoon storms moving in later in the day. There is an average of four or more hours of sun per day during the rainy season. The dry season runs from mid-December through April.

Costa Rica’s official language is Spanish, though a large number of its citizens are at least moderately bilingual. English, due to its status as the international language of tourists, is the most common second language in Costa Rica. In most areas frequented by tourists – hotels, restaurants and national parks – visitors will find signs in English and employees who speak it fluently. In addition, the Caribbean coast considers its local creole, which is very similar to Jamaican English, as one of its unofficial languages.

However, when you stop for a snack at a roadside stand or enjoy a typical meal at a family-run restaurant, you may want to give your high school Spanish a try. You’ll find Costa Ricans to be very accommodating and patient with your Spanish, no matter how rudimentary, and you’ll have a blast communicating with a combination of dictionary words and lively charades.

More than 75% of Costa Ricans are practicing Catholics and approximately 14% are evangelical Christians. Other religions include: Jehovah’s Witnesses 1.3%, Protestant 0.7%, other 4.8%, and none 3.2%.

The national currency is the colon and both dollars and Euros are easily exchanged at banks. Major credit cards are widely accepted in heavily touristed spots, but you can’t use them in some of the more rural areas. Hotels and restaurants will generally accept credit cards and dollars, but once you fan out from San Jose, small businesses, restaurants, and hotels will ask for cash payment in colones. Don’t worry, ATMs are scattered throughout the country, and usually offer good exchange rates. 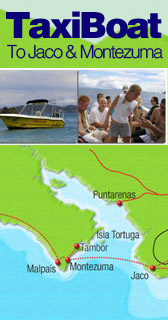